DVLA - a victory for common sense 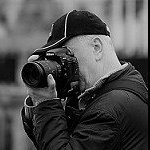 By NigelO,
April 27 in The Start Line