Which Rolling Road / Tuners would you recommend? 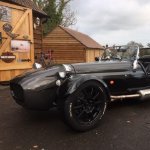 Just back from a soaking wet 360 mile round trip to Northampton Motorsports to get my Zetec / MBE 956 re-mapped.  Recommendations on here consider them to be the best on older MBE 956s, which are not

EFI parts. Runcorn. Quite flexible guy that does from track and rally cars to Drag monsters. Better give him a call to ask him abou your setup and find out what he can do. Is a super honest guy,